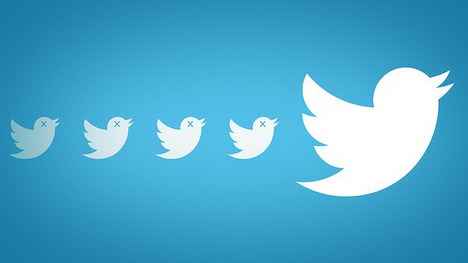 Influential users on Twitter happen to have thousands of followers. Some people cheat the system by buying fake followers and making themselves look really good. TwitterAudit will allow you to see who has the real followers and who doesn’t.

TwitterAudit isn’t just a tool for our pleasure (if you are curious about who’s buying followers and who’s earning them). TwitterAudit can reveal new things about brands and influencers that can help your Twitter strategy.

One account with over 100,000 Twitter followers tweeted one of my tweets. The tweet was retweeted and liked dozens of time. Naturally, I should see a noticeable increase in traffic.

The main word there is “naturally.”  These followers weren’t real. This knowledge allowed me understand why the tweet didn’t result in additional traction to my blog. It wasn’t because my blog post was bad. The account neither had real followers nor real engagement.

I want to follow successful people in my niche. That way, I get to expand my knowledge in the right areas. Seeing someone with fake followers makes me question their success. You only need fake followers if you want to make yourself look more successful than you really are.

Don’t even think about those Follow 4 Follow accounts. You’ll get an extra follower, but that follower won’t care about what you tweet. These followers just want to make themselves look good by having a lot of real (but non-targeted) followers.

I always use TwitterAudit to test the validity of an account before I start following that account’s followers. Any account in the 80% real followers threshold is fine with me.

TwitterAudit isn’t just a cool tool you can use to catch the fakers and figure out who hasn’t been bluffing. You can integrate TwitterAudit in your strategy by determining who are the real influencers and where your targeted audience resides.

TwitterAudit won’t take much time in your Twitter strategy. It may just take 5-10 minutes of your time each month. However, if you are serious about growing on Twitter, these 5-10 minutes can easily save you from months of heartache.

What are your thoughts about TwitterAudit? Sound off in the comments section below.