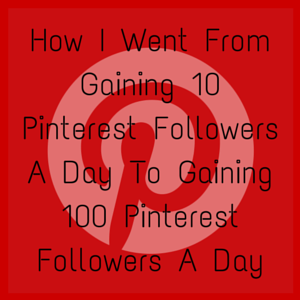 The results were incredible. I was stuck at around 2,300 followers when I started implementing this tactic. I followed over a thousand people on Pinterest, and I ended up getting 100 new followers that day. On the next day, I gained another 100 followers. I no longer have to follow more than a thousand people in order to gain 100 followers. However, implementing a tactic that I use on Twitter for my Pinterest account allowed me to dramatically increase my following.