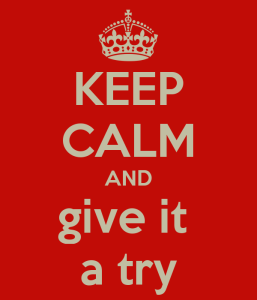 Then, I went to TJ Maxx because since I still grow, I still have the experience of sizing out of clothing. At the same time, I was starting to really take my YouTube presence seriously and wanted to buy different collared T-shirts so I would look more professional in my YouTube videos. Sure enough, TJ Maxx had low prices, and I do not remember how many collared T-shirts I ended up with, but it was somewhere in between 5-10 collared T-shirts. I’ll go with seven just to be as close to the middle as possible.

Then, I tried on the collared T-shirt, and I enjoyed it. Now I have a collared long sleeve shirt that is also green. It is amazing to think I did not like green clothing a few months ago, but now I enjoyed wearing those green shirts.

We are quick to assume that ideas will not work and that certain things were never meant to be. However, some people reach totally different conclusions just by giving it a try instead of assuming how it would work. Just as Sam tried the green eggs and ham in Dr. Seuss’ classic book, I tried the green shirts. Now I like to wear them.