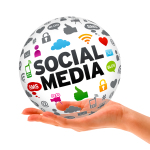 This is an intriguing topic that has many good sides and bad sides. The most obvious benefit is that the law of big numbers no longer applies. If social networks decided to hide audience sizes, no one will know if you have 10 followers or 10 million followers. With LinkedIn, people with over 500 connections are shown as having “500+ connections.” As far as we know, that “500+” could mean 501 connections or 2,000 connections.

In this type of world, the main way to determine how influential someone is on social media is through engagement. In this type of world, the person who gets 10 retweets is more influential than the person who only gets one retweet. Engagement is a good way to determine influence, but just like follower numbers, engagement is also something that can get rigged. Just by typing “buy retweets” into Google, I saw an option to buy 1,000 retweets for just $8. Removing the follower count invites people to rig the system by buying their way to higher engagement numbers. Although it’s not quality engagement that results in long-term interactions and connections, the law of big numbers comes back into play. If you can’t tell how big people’s audiences are and which retweets are real or fake, the person with 1,000 fake retweets looks more influential than the person with 100 real retweets. You can buy practically any kind of engagement for any social network. If the option does not exist for a particular social network now, it will exist in the very near future.

The final act Twitter and other social networks could take would be to hide all of the numbers, but in my opinion, that would cause too much chaos. Hiding the number of followers we have is chaotic enough, but hiding the size of our audiences will force every marketer, entrepreneur, and expert to ask themselves whether they are really doing a good job or not. This type of self reflection is what allows the fakers to realize they are doing something wrong and the people with targeted audiences to realize that what they are doing is right.

Is it a good move to hide audience sizes? Just as all of the people who bought fake followers deserve this fate, the people who have built their audiences from the ground up do not deserve to have their audience size hidden. Then again, does the size of an audience matter at all, or is it all about engagement, which could also get rigged? There are so many different perspectives and thought patterns that can emerge from this topic of discussion

What is your opinion?