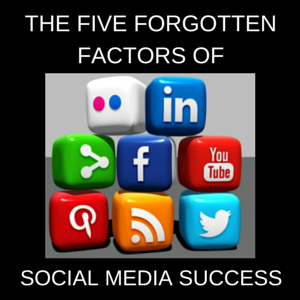 Social media constantly grows. More people join the action every day. More people stick around for a few hours every day to see what tweets get posted on Twitter and what gets posted on their Facebook feeds.

The entire purpose of social media was to provide people with a way to communicate with one another from anywhere in the world. Social media was not originally created to give businesses an additional edge. When most entrepreneurs use social media, they focus on the business side. They focus on promoting their own content and their own products without bothering to interact with their audiences.

When you interact to make your followers feel as if they belong, you must do so for the right reason. Don’t interact with someone just in hopes of making a sale. Only interact with your followers if that is what you want to do. There should never be an ulterior motive for social media interaction.

#2: It’s About Providing Value, Not Talking About Yourself

Many social media users make it a point to constantly talk about themselves or their own businesses. Some people tell their followers about their breakfast while other people talk about more meaningful things in your life such as relationship statuses and vacations. Mentioning those types of details once in a blue moon will allow your audiences to know about you, but if these details are common on your social networks, people will unfollow you because your social media posts will bore them.

You may wonder why celebrities who post pictures of themselves eating their breakfast, going on vacation, or getting married get more positive attention than the person who constantly tweets about the sandwich he had for breakfast. The reason celebrities get good exposure when they send out these types of posts is because the celebrities already have a large amount of attention, and most of the content on various celebrities’ feeds is about their professions. Singers primarily post content on their social networks related to their songs and audiences.

They don’t post pictures of their breakfast or vacations as much. That is why when those pictures are posted, they are more appreciated than the pictures from someone who exclusively posts those types of pictures.

Do less talking about yourself and focus on providing more value. You can do this by writing valuable blog posts and promoting them. Many bloggers including myself use social media to promote our own blog posts very often. We do this because we trust in the value our content provides and want to empower our followers with that value. Followers who feel empowered with value will stick around.

Followers who feel empowered with value will stick around.

Many social media users do their best to publish one new piece of content on at least one social network every day. However, that is not enough to get noticed. Social media is a noisy place with countless posts being sent every second. Billions of social media posts get created and published every day. It is challenging to stand out in the middle of that noise.

Many people want to believe that having a certain number of followers guarantees success and money. However, social media success is different from success based on a revenue making standpoint. Social media is a tool you can use to make more revenue, but social media is not the place where you can promote a product and expect it to pick up a life changing amount of sales.

Social media is a place to get more indirect sales. You simply use social media to promote your blog and landing pages. Then, your blog and landing pages will lead to more subscribers and visitors. Getting more subscribers and visitors will lead to more long-term sales for your products. Social media gets used to amplify the power of those indirect methods of making more revenue.

You need to learn one social network at a time instead of trying to master them at once. Would you only focus on learning Spanish or try to learn Spanish, Italian, Portuguese, French, German, Greek, Russian, Chinese, and Japanese at the same time? Do you only focus on Twitter (or your preferred choice), or do you try to focus on Twitter, Facebook, LinkedIn, Pinterest, YouTube, Instagram, Google Plus, Tumblr, and Flickr at the same time?

Sometimes, the best information we need is the information that was previously forgotten. People wouldn’t work at nine different 9-to-5 jobs at once, but now people are willing to learn and focus on that many social networks at once before mastering them. Social media success has confused the real meaning of financial success. We already know to push out content, but we need to push out more of it. We must provide value instead of posting about anything we can think of because people like to follow people who provide value. Interaction with your friends in real life is important, but so is interaction with your social media audience.

What were your thoughts on these forgotten tips? Do you have any other tip that you believe gets forgotten too often? Sound off in the comments section below.