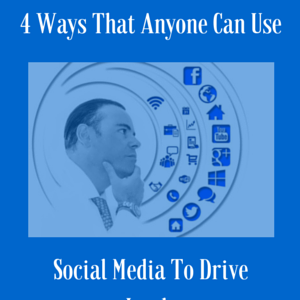 Social media is the most effective tool to make connections, grow an audience, and give a greater meaning to what you do. Experts have used social media over the years to completely transform their businesses and spread their messages. Despite so many people using social media to level up their businesses, other people find themselves stuck. They don’t know how to leverage social media as a lead generation tool.

#1: Create And Promote A Landing Page

After you create your landing page, the next step is to promote that landing page. As mentioned before, promoting the landing page on Twitter alone led to a massive increase in subscribers. However, the way I promoted the landing page is another story. Twitter is the type of social network that people go on for a short period of time to see what’s new, and since so many people tweet on Twitter, it is easy for the timeline to get filled up. As a result, most of your followers will miss your tweets and not engage with them.

One way to solve the problem is by pinning a social media post to the top of your feed. That way, that post promoting your landing page will automatically show up on the top, even if you post something new. Facebook and Twitter have this option enabled on their platforms. Here is an example of a pinned tweet: 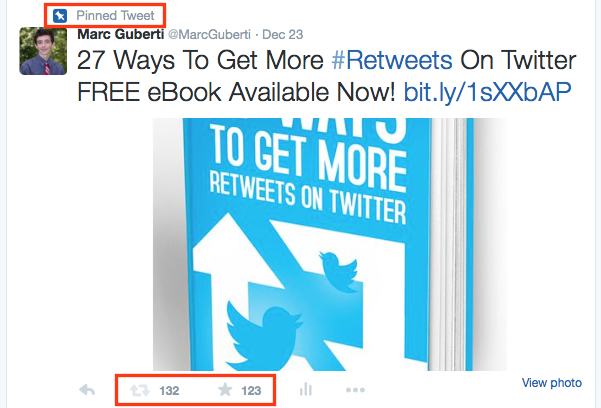 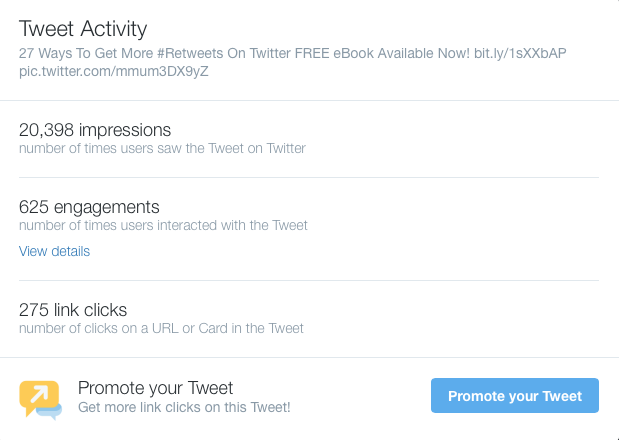 The tweet also has more engagement than most of my tweets. While most of my tweets get a few thousand impressions, this tweet has over 20,000 impressions. That means over 20,000 people saw that one tweet. Of course, the engagement isn’t where I want it (only 3% of those people engaged and only 1% clicked on the link), but those are the percentages that many tweets on Twitter generate.

#2: Interact With Your Individual Followers

Have you ever heard of the saying, “Ask and you shall receive”? It seems as if the more we ask for, the more we get (don’t abuse this power). When I interact with my followers, I will occasionally ask if the follower got a chance to download my free eBook 27 Ways To Get More Retweets On Twitter. I may also ask about the Productivity Rubric or another free eBook I offer called 27 Simple Ways To Get More Blog Subscribers (I like the number 27).

I started implementing this tactic in March 2015 and saw great results from it. Some people said they received the book and went on to say how much they enjoyed it. I asked these people what they liked about the book the most and if the conversation allowed, I asked if a particular follower had the chance to grab another one of my free eBooks. I would become a part of dozens of these types of interactions every day, and the numbers show for it. I got over 110% more subscribers in March than I got in January.

Here are the statistics from January:

Now you will see the significant increase in interactions in March:

The trend is an increase in interactions that gained momentum as I asked more people whether they got a chance to download my free eBook or not. When people said they never heard about it and expressed interest in the eBook, I included the link to the landing page in the next tweet I sent to those people. Many of them ended up subscribing.

Social media group pages and forums about your niche are great places to promote your landing pages because both of these platforms consist of numerous people in your targeted audience. Not only do you get to promote your landing pages to your targeted audience, but the platform is already built for you. If you become a member of a Facebook group page with over 10,000 members, then that’s over 10,000 people who can potentially become leads. If you post on a forum with 100,000 members, then that’s 100,000 potential leads.

Before you take the plunge and post a link to your landing page, see how the community interacts and responds to certain posts. You want to make sure describing your landing page and then posting a link to that landing page would go well amongst the people in the community, but you also want to make sure you are not violating any rules. Some social media group pages and forums will suspend users who over-promote themselves or promote themselves in any possible manner. The rules and consequences vary by social media group pages and forums.

Reddit is a hit-or-miss tool in which promoting yourself can work wonders, but you don’t want to over-promote yourself. A typically Reddit post can get anywhere from no engagement to thousands of upvotes. One of the posts I put on Reddit resulted in no leads. Another post I put on Reddit got me over 500 leads in just 24 hours. The leads I gained that day did not carry over far. Within a week, I was back at my normal lead generation rate. You can think of Reddit as the spike in traffic that doesn’t last very long but allows more people to know about you. I wouldn’t rely on Reddit for lead generation, but it is an underrated tool that can either lead to zero results or wonders.

Which of these tips was your favorite? Do you have any stories with using social media to generate leads? What tips would you recommend? Please share your thoughts and advice below.