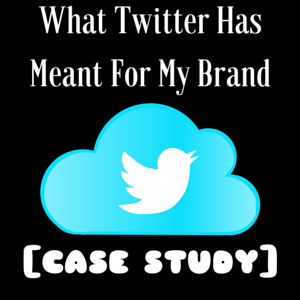 I started using Twitter in October 2011, and for a while, I wasn’t good at it. At all. For several months, I was stuck in the 1,600-1,700 follower bracket. Then, I learned more about Twitter and saw a small gain in followers. This small, consistent gain was big enough to surpass 2,000 followers. As I gained more followers, I took Twitter more seriously. I did hours of research every day to learn how to properly engage with my followers and gain more of them. I learned the difference between any other follower and a targeted follower. Then, I started to gain hundreds of targeted Twitter followers. I decided to create a training course to share my success with others, and now I have over 200,000 targeted Twitter followers. After I hit the 200,000 follower milestone, I took a step back and considered how much of an impact Twitter had on my business. Here is what I discovered:

People Started To Take Me Seriously

Although I did not know the criticisms social media experts faced, I got some of the criticism in the beginning. Some people thought since I was a teen, I did not have the proper experience or expertise to know much about social media and entrepreneurship. At this point, I had a small amount of Twitter followers, and I can assure you that the number was not big enough to stand out.

Not only did I have a small amount of followers, but I had a virtually non-existent portfolio. I was a middle school student with no social media audience and a blog about Yugioh Cards that got a few hundred daily visitors. When I switched over to this blog, the fact that I had the blog about Yugioh Cards didn’t mean as much, and I started back at square one.

I moved out of square one since then, and I give most of the credit to my Twitter followers. When I started writing how-to Twitter articles, I had a few hundred followers which was in no comparison to some of the other social media experts who had hundreds of thousands of followers. Now when I write a how-to Twitter article and people read it, they know that it comes from someone with over 200,000 targeted followers who has mastered the social network.

My Blog Got A Dramatic Traffic Boost

Increasing my Twitter activity, meaningfully interacting with my followers, and tweeting more often led to a surge in this blog’s traffic. Before Twitter, I struggled to get 50 visitors in one day. Now, I am disappointed anytime my blog does not exceed 500 visitors in one day. Most of that traffic comes from Twitter, and ever since the Twitter traffic jumped, the SEO traffic jumped as well.

My Twitter growth can clearly be seen in my blog’s traffic because there are consecutive months in which my blog traffic more than doubled. The constant doubling of my blog’s traffic allowed my content to reach more people. The doubling was a result of dramatic changes taking place, but now that those dramatic changes have become common practice, the traffic has become constant.

The main reason the traffic has been constant is because I exclusively relied on Twitter. Twitter gets the ball rolling and allows you to interact with many people, but there’s more to success on the web than Twitter. To be specific, the email list is vital. I figured this out late in the game; don’t let that be you. Although I learned about the email list’s importance late in the game, my Twitter audience is still very significant in my growth. Twitter is the main way I get people to my landing pages, and thousands of my subscribers came directly from Twitter. This is a process that I am still continuing to perfect, and the results are promising. When I get a big increase in traffic because of an email blast, I can still thank Twitter for the big traffic increase because my tweets put most of my subscribers on the email list.

Many of the connections I have made over the years are directly because of Twitter. Some people organizing events related to my niche find me on Twitter and ask me to be a public speaker for them. I receive similar opportunities directly because of Twitter. I even became a HootSuite Ambassador largely because of my Twitter audience and my passion for digital marketing. When I attend a business workshop, and I want to connect with someone, I mention my Twitter audience which boosts my credibility. As a teen attending one of these business workshops, I can easily imagine some people wondering what type of dedication I have to be attending business workshops as a teen or if my parents forced me to come with them. Mentioning my Twitter audience immediately answers the question some people wonder, and I get more connections from it.

When I surpassed 100,000 Twitter followers, I reached an accomplishment that I aspired to achieve for many years. When I first created my Twitter account, I wanted to be one of those rock stars of some sort with 100,000 followers but only follow family members and a few friends. Although I follow numerous people (at this point, I follow almost 150,000 people), I did achieve my goal of surpassing 100,000 Twitter followers. Following so many people helped me build relationships that wouldn’t have been possible if I sticked with my previous goal.

I had confidence prior to reaching the milestone, and prior to starting my brand, but my growing Twitter audience opened a new door to my confidence that I didn’t even know was there. I now have the mindset that I can do anything in front of me (only if I possess the enthusiasm to accomplish what is in front of me. This is the disclaimer). I have big goals and plans that may seem impossible, but at one time, I thought it would take me five years to surpass 100,000 Twitter followers. I even created a five year plan for it back when I had 10,000 Twitter followers (don’t create five year plans because so many things happen and change in one month). I had to quickly scrap the five year plan because I achieved the same milestone in one year. I now have over 200,000 Twitter followers at a time when I wouldn’t be halfway done with my five year plan. My ability to exceed this expectation led to great joy, and a raised bar. I raise the bar high for myself every day, week, and month. Time to watch television diminished. I still play video games and run, but those are the only two things I do aside from the business. Sometimes, the raised bar becomes overwhelming, and I rarely accomplish everything in a week that I set out to do, but that’s because I raise the bar so high. For instance, this week, I was supposed to take some SAT tests, publish a training course, write several guidebooks, write three blog posts, and create a Facebook ad while going to school and getting all of the homework done (1-3 hours per night), and that is an average week. Setting the bar so high has allowed me to accomplish more than I thought I was capable of accomplishing.

Although Twitter does not lead to a massive amount of direct sales (this is because I choose to promote my blog posts instead of my products, but I may slip in some tweets about products), it brings people to all of the places that are responsible for my sales. Twitter is the primary traffic generation for my landing pages which all directly impact the amount of sales I get. People subscribe to my email list to get the free eBook mentioned on the landing page, I send these people a series of emails, and some of those emails are product promotions. Part of success on Twitter is knowing where to take people when you take them off of Twitter.

What are your thoughts about taking Twitter seriously? Do you use Twitter often or find yourself inactive on the social network? Was there any part of my case study that appealed to you the most? Please share your thoughts below.