If many people see your tweets each day, then it will be easier for numerous people to remember who you are. Soon enough, you’ll have a large audience of people who will remember you.

My tweets get seen by over 150,000 people every day. The success of my tweets results in people remembering who I am and visiting my blog without being told to do so.

If used properly, Twitter can be a powerhouse that brings in hundreds of thousands of visitors to your blog every year.

It’s a result that every blogger would want to see.

Getting more blog traffic from Twitter involves putting your tweets in front of as many people as possible.

Putting your tweets in front of numerous people each day is especially important if you want your audience to remember you.

However, even though most people don’t engage with my tweets, they see them.

When I want to learn more about my niche, I go through the tweets of people like Jeff Bullas and Kim Garst.

At other times, I am looking for information on a specific topic.

Regardless of the reason, I don’t engage with some of their tweets.

Even if I don’t engage with any of their tweets, I am reminded of their expertise and how much I appreciate their content.

That’s why getting numerous Twitter impressions is important, even if it seems like most of the people who see your tweets don’t engage with them.

They see those tweets, and they know who you are.

Let’s get mathematical for a second (fine, a little more than a second).

If you send two tweets today, then you are relying on each tweet to get 75,000 impressions today.

Now that looks possible, and that’s exactly how I get 150,000 impressions every day.

The math supports tweeting more often as a way to boost Twitter impressions. However, if you only tweet for the sake of getting impressions, then your long-term strategy will be a failure.

You could technically send 1,000 tweets in one day and hope that each tweet gets 150 daily impressions. That would get you 150,000 impressions, but you would lose a lot of your followers.

If I tweeted bad content, I would lose a lot of followers. Then getting 150,000 daily impressions would be a far-off goal.

I’d get confused too.

The next question to ask is what your audience wants. That’s where the third method for boosting daily Twitter impressions comes in.

You can have a big number of followers. However, if they don’t care for your tweets, then it doesn’t matter how many impressions you get.

What do I provide?

Who would want it?

Not only that, but some of your followers will decide to retweet your tweets. That results in more impressions and exposure for your tweets.

Pinning a tweet to the top of your account allows that tweet to always be significant. While most tweets die off in a few hours (the very popular ones anyway. The life-span for most tweets is under 30 minutes), these tweets are immortal (until you unpin them).

I currently have a tweet from December 2014 pinned to the top of my account. Even though it was tweeted over a year ago, it still gets a lot of engagement. 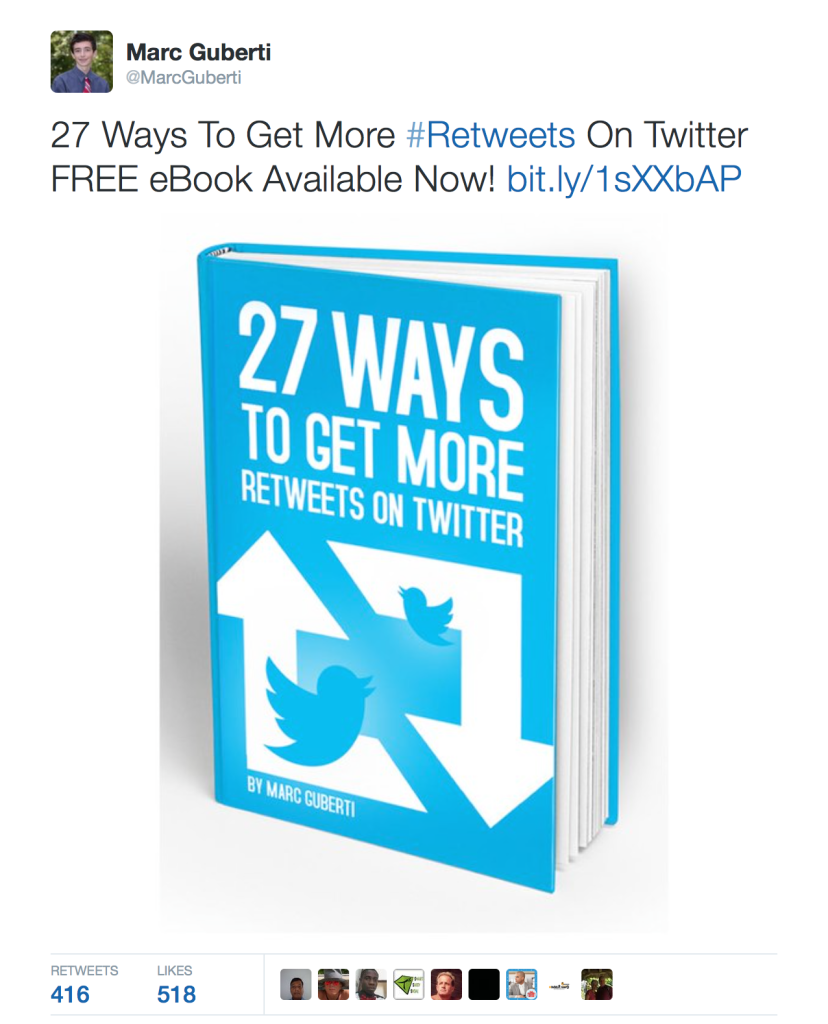 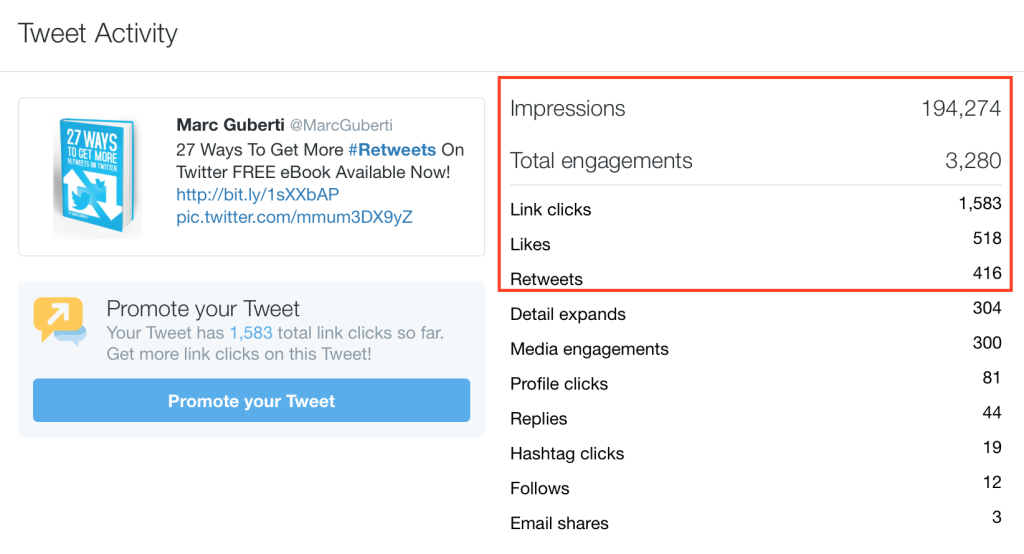 The tweet has been engaged with over 3,000 times. The most important stat there for me is the amount of clicks. The tweet has received over 1,500 clicks since I pinned it. These are landing page clicks which means some of these clicks are resulting in subscribers.

The one tweet will give you massive social proof, especially if you keep it pinned for a while.

I promote my Twitter account on my blog and my other social networks for a few reasons.

The first reason is that the Twitter account gives me social proof. It’s one thing for me to say that I know a lot about Twitter. It’s another thing when I can say that and have the social proof.

The second reason is that I want people to follow me on as many of my social networks as possible. That way, regardless of which social network they use, the people in my audience are always going to see my content.

The third reason is that it helps with impressions. Remember that getting more impressions shouldn’t be your main goal, but it is helpful inspiration to grow your audience.

If you exclusively go after 150,000 daily Twitter impressions, then you may get discouraged if you don’t reach that goal for several days/weeks/months depending on your audience size.

You can send more tweets, grow your audience, and do a variety of other things to get more engagement for your tweets.

Do you think Twitter impressions are important or that engagement is the only thing that matters? Do you have any tips for increasing the exposure of a tweet? Sound off in the comments section below.