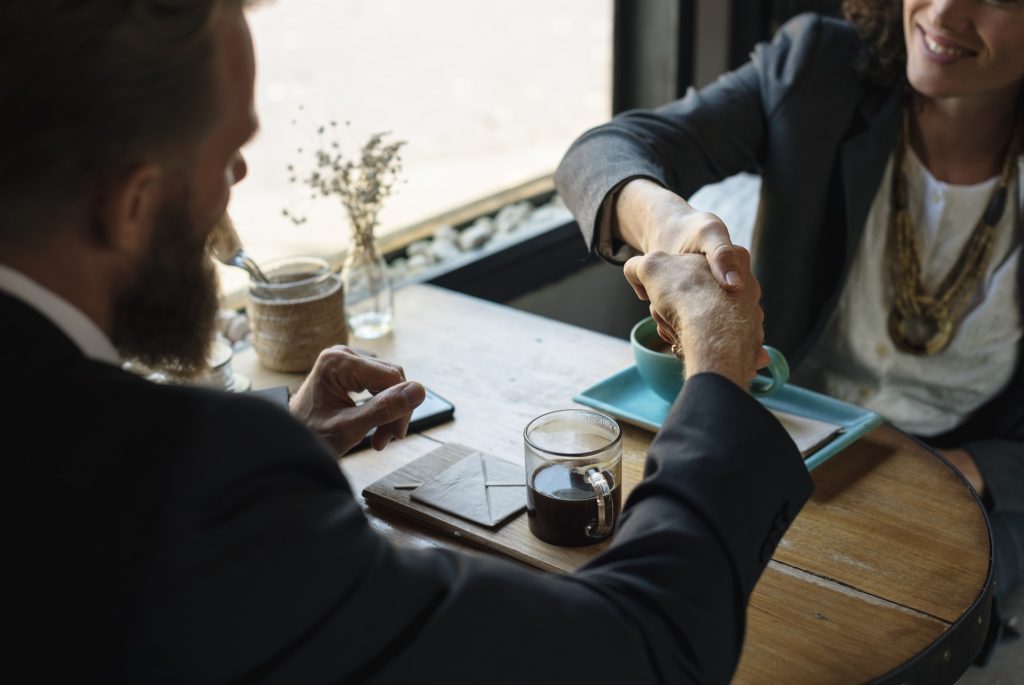 Relationships with influencers are critical to your content brand’s success: they help you expand your knowledge as well as open doors to new opportunities.

Some of my biggest successes are directly tied to the relationships I’ve built and fostered along my journey. However, reaching out to influencers and building relationships with new contacts can feel overwhelming.

You may feel uncertain about how to go about it, and even question whether you’ll get a response to your initial efforts.

I’ve been there, believe me.

That’s why I want to share five powerful hacks that helped me build relationships with some of the most influential content marketers and productivity experts on the planet.

#1: Interview Influencers On  Your Podcast

Both my Breakthrough Success Podcast and virtual summits have allowed me to interact with some of my niche’s top influencers. Interviews are a brilliant excuse for asking for an influencer’s time 🙂

Not only do you get to ask questions and interact with top influencers, you also get to provide your audience with valuable content.

Combine that with the fact that podcasting is a growing and less-tapped-into industry than blogging, and you’ll begin to wonder why more people aren’t doing it.

I currently publish an interview every week, but I am formulating a plan for daily episodes. And my knowledge stores will only grow as I interview more and more influencers –  it’s amazing what you can learn from a single interview with a top influencer.

As I plan my blog content, I consider which influencers can provide relevant advice, resources or opinions, and contact them well before the publication dates.

I often work on the copy first, and then copy and paste submissions into the post to craft a more engaging article. Once the post is published, many of the influencers I mentioned will end up sharing the blog post to their own audiences, expanding my reach.

If you’re pressed for time, you can simply mention the influencers by name while you’re writing the post, and then let them know you’ve included them in the post once you publish it (and be sure to provide a link).

#3: Do The Influencer A Favor

The more you give someone, the more willing he or she will be to return the favor. But keep in mind these small favors will change according the influencer.

Determine which favor holds the most value for a particular influencer, then offer it without expecting anything in return.

If you approach relationships in this manner, it won’t be long before an influencer voluntarily provides you with something in return (if you have to ask, start with something small).

Top influencers love shepherding other people through the path they once traveled.

Gary Vaynerchuk has an entire podcast dedicated to helping others. Want to get on Gary’s radar? Ask him a really good question.

Nearly all influencers recall a time in which they spent countless hours trying to figure things out. When they see other people in a similar situation, they naturally want to lend a helping hand.

Influencers enjoy steering people in the right direction and providing that little nudge to keep them moving forward. And they like it even more when people act their advice.

This is the starting point for repeat interviews and a much greater relationship.

#5: Be Everywhere To Them

Simply focus on the places where your special someone spends the majority of his/her time. This is why television ads used to work (and why now they are less effective).

Today, people spend more time on Facebook than they do watching tv, which is why social media ad spend has greatly increased over the years.

But that doesn’t mean you should try reaching an influencer with an ad. Rather, you should seek out the places they’re engaging with their readers.

Do they reply to tweets? Do they respond to blog comments? Are they posting a lot on LinkedIn?

Find the platforms most frequented by top influencers who share your mindset.

The ultimate hack not mentioned above is that once you build all of these relationships, you can ask for referrals.

Once I have over 30 speakers for my virtual summits, I ask them if they know anyone else who would also be a great speaker for the summit. They usually make intros and that alone makes relationship building much easier.

What are your thoughts about these hacks for building relationships? Have any tips for us? Do you have a question for me? Sound off in the comments section below.