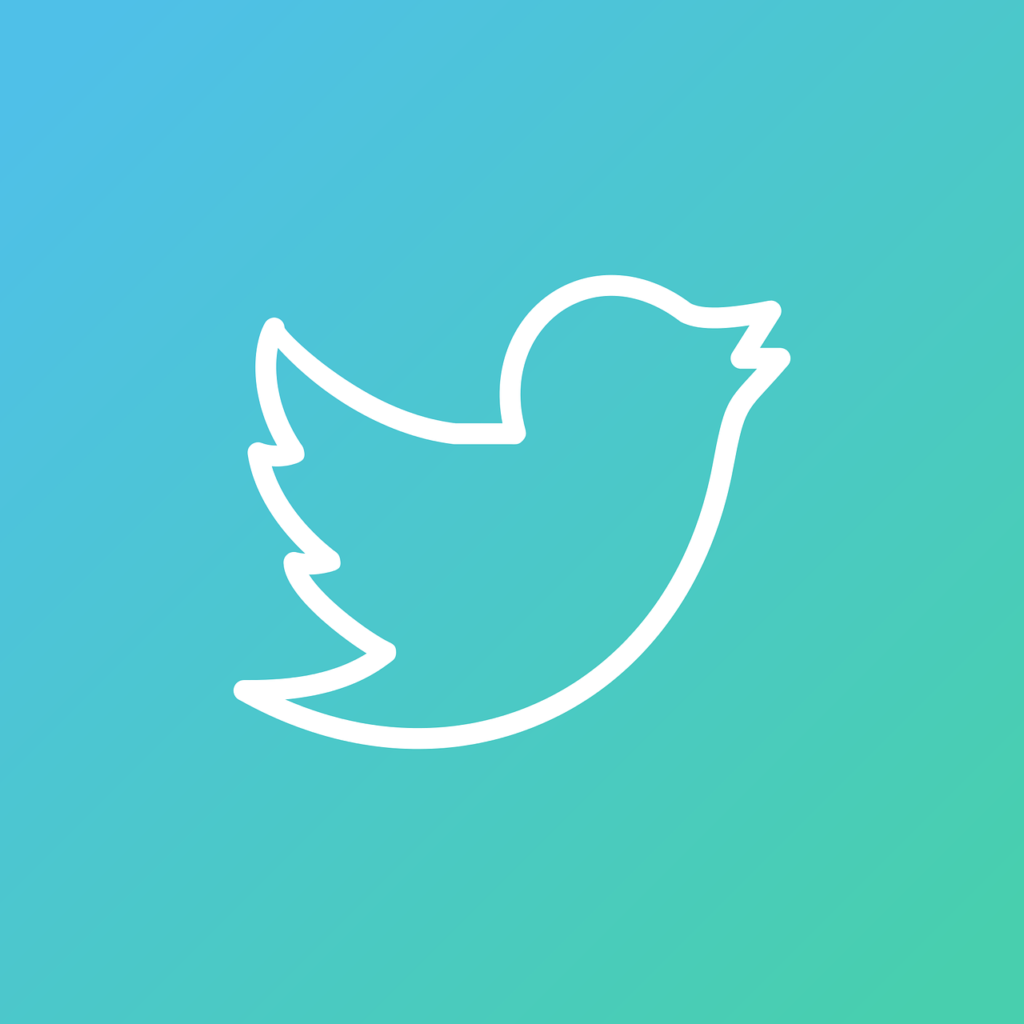 The Old Twitter can’t come to the phone right now. Why?

The 2016 U.S. Presidential Election changed the way people view social media. We saw this as Twitter told at least 1.4 million people they saw Russian propaganda during the election.

But I know you didn’t come here to read about politics. There are plenty of places where you can find that type of content. Why do I bring it up?

Basically, social networks, led by Twitter, made their rules more strict to ensure various problems that emerged into the limelight during the election and beyond didn’t happen in the future.

Most of the rules don’t apply to us. They focus on people who own multiple accounts and use bots to inflate engagement (i.e. 50,000+ bots retweeting each of your tweets).

However, one rule applies to many of us. And it will change the way marketers and brands use Twitter to communicate with their audiences. Here’s the big verdict from Twitter’s automation rules.

“You may not post duplicative or substantially similar Tweets on one account or over multiple accounts you operate.”

You’ll get flagged for spamming and possibly get your account suspended.

MeetEdgar was ahead of the curve with this development. Their team wrote a fabulous article on the subject here. It details how the rules changed (you can also read the comments to see people’s thoughts. Also, let me know your thoughts on the big change).

This blog post will tell you what you can do as a marketer.

Short-Term Pains For The Long-Term Gain

Twitter marketing evolved from manually scheduling tweets to setting your evergreen tweets to be posted in an endless cycle. Many people have become very comfortable with an autopilot approach to scheduling content, and for some, growing on Twitter in general.

You can’t automate a new tweet to show up on your account every 10-15 minutes anymore. This will create short-term pains for many. As Twitter accounts for the majority of this blog’s traffic, my blog traffic got cut in half overnight. My email list growth is also on the decline.

This is the New Twitter. In the long-term, it will become a higher quality social network. People will think harder about what they tweet. Real-time, unique, and on the fly tweets will become more common. People will spend more time tweeting and engaging with their followers than ever before.

This shift brings us full circle to the primary purpose of Twitter and all social networks: creating a social platform where people can interact with people.

After the 2016 U.S. Presidential Election, more people accused me of being a bot. I’d reply to some of these tweets, and people would realize my account wasn’t a bot but truly me. However, I can see how scheduling tweets to go out every 10-15 minutes can seem robotic.

I saw this constant stream of tweets as a way to continuously provide value to people even when I was asleep. I think people have become more aware and angered about social media bots and want to avoid any account that resembles a bot.

My prediction is that more people on the New Twitter will remember the people who influence them.

They’ll think like this more often: “Wow, Marc tweets great content. I should see what he’s tweeted lately on his profile page.”

Instead of the past mindset which most users had: “Oh, Marc’s tweet is on my feed. I know he tweets great content, and I don’t go to his profile that often. I should click the link and consume his content.”

If you go to Trump’s Twitter a few times each week to see what he’s tweeted, your mindset is changing to the New Twitter way of thinking. But instead of Trump’s account (or in addition to depending on your preferences), more users will view more individual people’s and brand’s tweets several times throughout the week.

You Can Still Automate Some Tweets

While I believe the New Twitter represents a long-term opportunity and immediate improvement from the old version, I believe in some automation.

March 21, 2018, was the last day of my evergreen cycle. I learned that the evergreen feature was disabled when I saw a massive decrease in my Twitter traffic. There’s still a glimmer of hope for anyone who wants to delegate their tweets.

If you blog on WordPress, you can set it up to publicize new blog posts on Twitter. If you publish a blog post every day, you can get an automated tweet on Twitter every day. If you have automation set up for each time you publish new content, you’ll have some content automatically getting tweeted on your behalf. YouTube also makes it very easy for people to tweet their videos upon release.

Let’s say I do the following:

It’s a heavy commitment for a mere three automated tweets per day, but it’s doable. You can also enlist the help of guest bloggers and other contributors so not all of the work is on you.

One thing I’ve noticed about these automated tweets is that they rack up more engagement on the New Twitter since you don’t have a stream of prewritten tweets getting published anytime soon.

I’ve included two of my most recent tweets to show you what I mean.

How To Turn A Blog Post Into A Skillshare Course https://t.co/M0DCAlyz2A pic.twitter.com/U4yqbpMsOT

(Notice how I’m embedding more tweets in my blog posts. This is nothing new, but I think it will become more important for growing your Twitter audience and giving your blog visitors more places to find you).

That’s a lot more engagement per tweet than what I normally get. The engagement used to be spread across the 100+ tweets I’d send out every day. Now the engagement is more concentrated.

You’ll Have To Do These Two Things Either Way

#1: Get People To Your Landing Page

While I am excited about the changes and Twitter’s future, the short-term reality is that Twitter’s new rules cut my blog traffic big time. I will look towards additional tactics to drive traffic to my blog to recoup the traffic I lost.

However, you can’t ignore your Twitter community. They are still people in your audience who appreciate what you do. Plus, I see Twitter users getting a lot more engaged in the future. This might be a long shot, but I believe there’s potential for Instagram-level engagement for tweets in the future.

For anyone who doesn’t understand the reference, it means we’ll see more tweets with dozens of likes and retweets. Possibly hundreds or even thousands…no bots required.

With that said, you still need to get as many of your followers on your email list as possible. If Twitter or any other social network changes their algorithms again, you may lose even more traffic. Your ability to communicate with your email list is not at an algorithm’s mercy.

The winners of the New Twitter will tweet more real-time and on the fly content. You can have some automated tweets running in the background that get posted when you publish new content, but those serve as the background.

You’ll ignite more conversations when you tweet in the moment. We first saw this when Oreo tweeted its famous Super Bowl Blackout tweet about dunking in the dark. The Huffington Post remarked, “One of the most buzz-worthy ads of the Super Bowl on Sunday wasn’t even a commercial — it was a mere tweet from Oreo during the blackout.” You can read the entire article here.

I think the New Twitter will have more dunking in the dark moments. Tweets in the moment instead of scheduled weeks, months, or for some, years in advance.

It’s not like dunking in the dark type of tweets died out. It’s just that they will become more prominent.

Think of the New Twitter as the ability to launch products, but instead of launching products, you’re launching conversations.

What do you do if you have a product launch you want to promote, and you want to get more sales? There are many things you can do to boost product sales, but these are the three most effective ways to drive product sales:

Get affiliates to promote your product

Use deadlines, scarcity, and/or suspense depending on what you’re promoting

What does that mean for the New Twitter. For starters, there will be more Twitter Chats, but these will be planned out and coordinated on a higher level. Think of 100 influencers agreeing to be in the same chat at the same time of day.

Every year when Michael Stelzner hosts Social Media Marketing World, the hashtag #smmw trends on Twitter. You’ll see very lively conversation as people tweet how excited attendees are about the event and speakers. Many of the speakers will tag along with spreading the hashtag and communicating to attendees.

I see that happening with Twitter chats more often. I’d go as far as to recommend Twitter create Chat Groups to build a community for specific chats similarly to how Facebook has Groups.

Hey Twitter, if you follow-up on Chat Groups based on this post, can Jack Dorsey be a guest on my podcast? That would be a moment to remember.

Get as many people to commit to being in the chat as possible before it happens. This is similar to having an army of affiliates promoting your product.

The live discussions you generate within the Twitter chat will be like a webinar. If you do a consistent Twitter chat, you’ll build more exposure as you host more chats.

One of the things marketers will experiment with is the ending of Twitter chats. In the end of a webinar, it’s common for marketers to promote one of their products. While Twitter is not a platform for getting direct sales, it’s interesting to wonder if the chat built a deep enough relationship where people will buy from you on the spot, even through a tweet.

As these chats happen more often, we’ll all develop a more clear conclusion of whether promoting a product at the end of a Twitter chat on this scale would work or not.

Finally, we have deadlines, scarcity, and suspense. Here’s how you can incorporate each of those in a chat. Some of them have more general applications.

The suspense also builds on exclusivity. It doesn’t always have to be like that, but in this case, it was.

You can incorporate these three elements outside of a Twitter chat. Here’s what I did with the tweets leading up to this blog post:

I think I came across a big breakthrough for what Twitter’s future will be like while writing this blog post. It’s really good, even for marketers who like to tweet evergreen. The blog post comes out tomorrow at 9 am eastern on https://t.co/5m6b4SKCbC https://t.co/ivtmvJhSmm

Twitter has changed. Now is the time to explore. I believe the new rules make Twitter an entirely new social network. The game has completely changed. The winners will be the people who embrace the new changes instead of trying to fix the old system Twitter has now deemed as a violation to their rules.