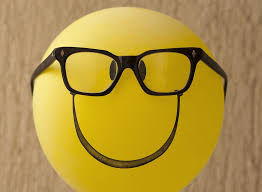 The idea behind the saying is to put in the work to achieve your big goal. If you’re not willing to commit yourself, go home.

But going big isn’t just about you putting in the hours. It’s also about you making investments into your business.

You might be shocked to hear that many millionaires spend 6-figures each year on their education. That’s going big instead of going home.

You might not have 6-figures that you can exclusively put towards your education.

Successful people also delegate their tasks to others. They recognize their weaknesses and hire people who are strong in those areas.

One of my biggest weaknesses is content post-production. While I’m great at recording videos, I don’t enjoy editing them.

I had a stretch a few years ago where I published a new video each day for over 30 days. The reason I couldn’t keep it up was because of the post-production. That’s why I delegate that task to a highly skilled editor. 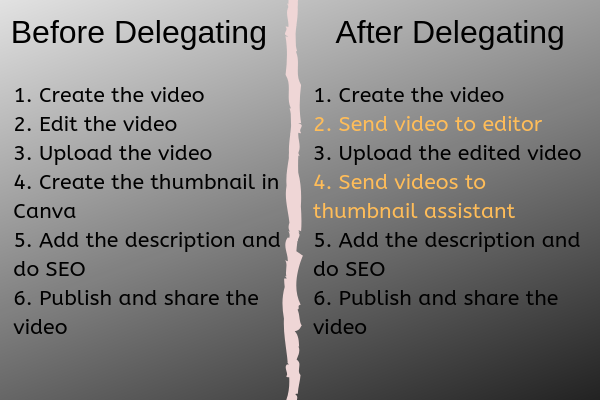 Right now, I’m delegating two of those six steps. Uploading videos and thumbnails are two things I should delegate very soon. Descriptions and SEO may take more time, but I’m going to delegate those eventually.

The only thing I can’t delegate is creating my own videos. Luckily, I enjoy creating videos.

If you can take the unnecessary work off your shoulders that you don’t enjoy, then why not do it?

That’s why delegating makes so much sense.

Delegating Is Not Free

I have a bunch of awesome people on my team…but that doesn’t mean they work for free. We all have to make ends meet.

THIS is why most people don’t delegate.

They don’t want to make the investment in other people who can help them with some tasks.

And that’s silly. I’ll give you an example.

It can take a while to actually mention those calls-to-action in each video. Viewers also know you’re wrapping up the video when you say, “Please subscribe,” towards the end, so they’ll go to the next video they find.

I could have put in the time and learned how to create an outro and ended up with a decent one. That probably would have taken me two hours…and all of this for a decent outro.

Instead, I got this awesome 15 second outro from Fiverr for $7. 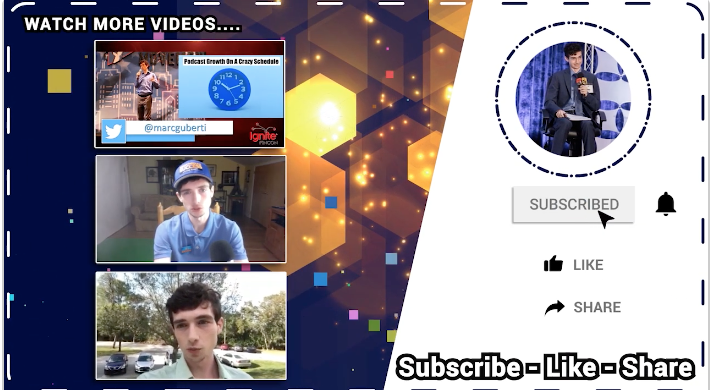 The level of quality for this outro is amazing. Three videos playing with confetti in the background. And that mouse in the background? That clicks on the Subscribe button, the notifications bell, the like button, and the share button.

Creating an outro of this quality probably would have taken me an easy three hours since I’d have to first learn how to do most of this stuff.

Most people think delegating is expensive. But if you know where to look, you can find great talent for a low price.

My three favorite places to find people are Fiverr, Onlinejobs.ph, and UpWork.

Why Pay The $7 When You Could Do It Yourself?

For this question, let’s start off by assuming I could have done that exact quality level outro in three hours (unlikely, but let’s assume).

If I create that outro in three hours instead of getting the gig, the value of my time in that moment is $2.33/hr.

Not a high number, but hey, at least I still have that $7, right?

If you can’t find a job that makes you more than $2.33/hr, then maybe it’s a good idea to do it yourself.

It’s not $7 kept. It’s 3 hours lost and even more money. In 3 hours, you can complete a $47 training course. You can put up a book for pre-order and start selling it.

You can book a coaching client.

If you understand opportunity cost, you know how silly it is to not delegate.

Each minute you spend doing it yourself is another minute you can’t do other stuff.

If I had to edit my videos, create thumbnails, and other stuff, no way would I have found the time to create my new book sponsorship Fiverr gig or revamp the Content Marketing Plaza page.

I make more money doing those things than I save from creating my own outro for 3 hours that definitely wouldn’t be as good as the one I received.

Do You Trust Yourself?

People often ask, “What would you do with an extra 10 hours each week?” as if it were some hypothetical question that only happens for the select few who have million dollar budgets.

Delegating is so easy that even a very small budget can save you hours of time each week.

However, some people are reluctant to delegate because they see it as handing their hard earned money to someone else for something they could do.

If you hire the person who provided my outro, do you trust yourself to make more than $2.33/hr for the next three hours to justify the $7 investment?

These numbers can get slightly bigger. In most cases, especially when hiring online, it’s a matter of whether you trust yourself to make more than $10/hr for the next X hours to justify the $Y investment.

If you don’t trust yourself to make more than $10/hr with the extra time you get from delegating, you need to change your business model because it’s not working.

And when would you find the time to assess your business model and make those changes? Maybe by delegating 😉

What are your thoughts on delegating tasks? Do you have any questions for me? Sound off in the comments below.