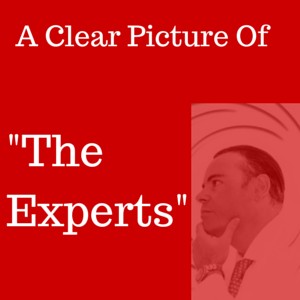 At least that’s how some people refer to them. Those quotation marks have led some people to question whether the experts really know a lot about their niches. I used to think of the experts as “The Experts,” but then I became an expert. I build my following on Twitter by following others. If someone reads my blog post and decides not to follow others on Twitter but still succeeds, does that make me wrong? Does that make me “An Expert” with those quotation marks instead of an expert?

Here’s how I define an expert: Someone who tells you the tactics that they used in order to become successful.

Does that mean everything the experts say are the best way? I doubt that. You may decide that selling a product for free for a limited time is not the right path to take. You may become successful through another method. Besides, there’s more than one way to peel a banana.