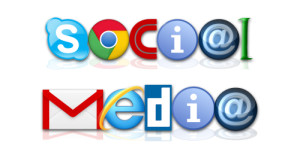 Social media has become a well established way to build an audience. After many years of sticking around, growing, and transform one business at a time, social media is no fad. It’s here to stick around and continue to make it easy for us to connect with loved ones, business connections, big brands, celebrities, and anyone else in the world who is on social media. These 16 facts will expose new insights into social media as well as how you can use it to optimize your presence on the web.

All of these statistics provide valuable insights to which social networks are growing rapidly, how big each of them are, what people talk about, and how customers use social media. One of the facts to look at is that people only have seven second attention spans (by the way, a goldfish has an eight second attention span). When creating products and content, it is important to remember that you only have seven seconds to grab someone’s attention before they lose their interest in your product or content. My guess is that as Vine becomes more popular, the average person’s attention span will fall under six seconds. I think that there will be a point where the average attention span for a human is just four seconds, and that is a scary world to think about. That means it is more important than ever to grab someone’s attention in a shorter amount of time.