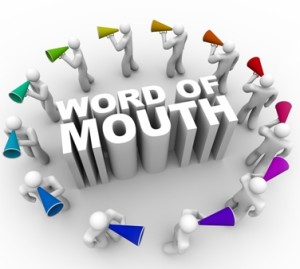 One of the things I do when I go to Cape May is run up and down the boardwalk. The beauty of this boardwalk is that on one side is the beach, and on the other side are fancy looking hotels and big houses. Basically, there are plenty of things to look at throughout the journey.

While running, I happened to overhear a conversation two teenage girls were having about SnapChat. SnapChat is a growing social network that allows people to create content that self destructs within a certain amount of time. While no content can survive for over 24 hours on SnapChat, there are many snaps that self-destruct in under five seconds. There are many graphs and charts that show SnapChat has grown remarkably, and most of it is because of word of mouth.

To think two teenage girls were talking about SnapChat as if they had been talking about it for a while indicates that those are not the only two teens out there who talk about SnapChat often. SnapChat is the type of social network where you and the other person must both have SnapChat accounts in order to share and see the other person’s snaps. It’s not like Twitter or any other social network where you can see someone’s content whether you are logged in or not.

Just like the FAX machine, your friends must have SnapChat accounts in order for it to be of any value. This set up gave SnapChat the framework it needed to spread through word of mouth.

Since I was on vacation, I was out for practically the entire day. After a nice shower, my family and I walked through the town, and I happened to overhear another conversation. This conversation was more based on a few people telling a friend how certain social networks work. Sure enough, SnapChat consumed most of the conversation.

In addition, I am sure that you tell your friends about businesses, ideas, brands, blogs, and other things as well. That is also an example of word of mouth marketing in which you are the talker. We are all talkers just as much as we are witnesses. If you want to know some good places to visit in Cape May, I would be quick to give you a whole bunch of places you could visit such as The Washington Inn, which is the best restaurant I have ever been to. When I go to The Washington Inn, I eat very little throughout the day just so I could have two entries. That’s how good they are.

This is how ideas spread. There are enough talkers who reach out to enough witnesses. Enough talkers can mean 100 Joe Schmo’s or 10 highly influential people. There is no exact number, and you won’t know how close your idea is to being big until it spreads far enough to the point where it becomes one of the big things. The early adopters of SnapChat needed their friends to create accounts in order for SnapChat to be useful. Then, it kept on spreading from there.