how to increase your productivity 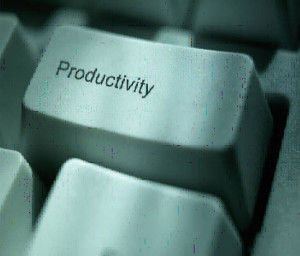 When looking back at all of the weeks I have been working, I can easily look back and identify when I was the most productive. From July 21st to July 27th, I did an array of tasks:

All of the things you see here got accomplished in just seven days, and none of those are typos, and I didn’t stuff in some extra 0’s just to make everything look better. I am a big supporter of the weekly score card which I used when accomplishing these goals. One of the big things I noticed on this score card compared to others was that there were fewer things on the list. My typical score card has far more than 10 things on the list. I cut some of those off the list which narrowed it down to six. I could now focus more of my attention on six goals compared to spending less attention on ten or more goals.

I decided to go back and see how I was able to do all of these things, and then I put a few things together:

Are you ready to have the most productive week of your life? Find your reason to sprint to the finish and only choose to do the goals that are going to bring forth the biggest impact possible.

Day by day planning is a big concept in my book, 365 Ways To Improve Your Business In 2014. By planning out your weeks and months day by day, you will have a very clear vision about what needs to get accomplished and when.

I started implementing a day by day plan, and I have gotten more accomplished than ever before. I am writing more blog posts and giving myself more time than ever before to write those blog posts. I have been able to do more YouTube videos in a day than I usually do in a month. I have also learned more about my niche by reading numerous books and blog posts.

Having a day by day action plan will give yourself the commitment you need to accomplish your goals. When I write goals in my notebook, I do everything I can to get those goals accomplished. Writing down goals is like giving your signature which is like giving your word. The day by day plan has motivated me to do a lot of the things that I do now.