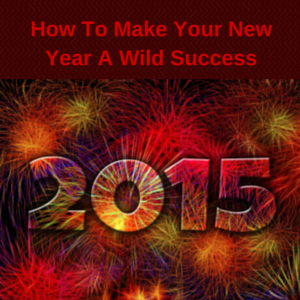 At the New Year, millions of people get motivated. Families gather around and write down their New Year’s resolutions. Businesses discuss what needs to be done this year in order to move forward. It is an exciting time of year filled with plans for the future.

The biggest mistake people make with their New Year’s resolutions is that they give themselves monumental goals without giving themselves the necessary stepping stones to get there. If you want to gain 10,000 blog subscribers this year, how are you going to get that many subscribers? What actions will you take to get more blog traffic? Grow your social media audience? Boost your SEO? Get people to stick around your blog longer? Optimize your blog so a higher percentage of its visitors subscribe? Those are just six stepping stones that I can think of on the top of my head, and there are plenty of other stepping stones to choose from.

Once you create your plan and include the stepping stones, you will know what steps you need to follow to become successful. The only thing left to do at this stage is implement what you wrote down. This, in itself, is another hurdle that few jump over. After writing down goals, many people are fearful of failure, and upon a second glance, the work looks too extensive (that’s the excuse people use to get out of doing something). Many of these people give up on the goal early so they won’t have to admit failure later on.

Accomplishing New Year’s resolutions does not have to be impossible. There are only three ingredients you need to make the implementation easier. The first ingredient is urgency. If you give yourself closer deadlines to accomplish the same goals, and you stick with those deadlines, your mind will find a way to get the goal accomplished in a shorter amount of time. Constantly reminding yourself of the approaching deadline will only strengthen your ability to accomplish your goals.

The second ingredient is productivity. The more productive you are, the more you can accomplish. I have written numerous blog posts about productivity which can be found here.

The third ingredient is a series of daily, weekly, and monthly plans that strengthen your productivity. You need to identify day by day, week by week, and month by month what you need to accomplish. A plan like this could take a long period of time to create, so my recommendation is to only create an extensive plan like this once every three months, for the three upcoming months. If you start creating an extensive plan like this for January, then go no farther in your planning process than the first day of April.

Creating a detailed plan will also boost the belief in your abilities to accomplish a goal. Although there are tactics and skills that move you farther, you must believe in your abilities in order to truly move forward.

There are goals that need to be accomplished in 2013, not finished in 2014. It seems as if the New Year is far away.

But the New Year a lot closer than you think.

The New Year is rapidly approaching. Don’t let the New Year creep up on you. Accomplish your 2013 goals to start off the New Year with a clean slate.

I want more people to become a part of that 20% which is why I am coming out with a giant size book that will help you keep your New Year’s Resolutions and improve your business in 2014. The book will be called 365 Ways To Improve Your Business For 2014.

365 Ways To Improve Your Business For 2014 is the answer to keeping your New Year’s Resolutions alive. The book will hold you accountable for every month, but that’s not all.

This book will guide you to successfully using social media, increasing your blog traffic by a landslide, self publishing your own books (electronic and paperback), creating a successful YouTube channel, and more.

Throughout the entire book, you will also be able to win prizes. You read that right. Some of the prizes will be my other books and Amazon Gift Cards, but at the end of 2014, I’ll throw in something else (I’m currently deciding between a $100 Amazon Gift Cards, my 5 favorite books, and a free Skype with me. Any other suggestions would be great).

Throughout the entire year, you’ll be able to interact with my on Twitter with a special hashtag in the book. If you have any questions, or you want to exercise the use of your bragging rights, use that hashtag. I will answer all of your questions.

The reason I’m charging only $3.65 for this book is because it shouldn’t cost a lot of money for someone to be held accountable to accomplish their goals. This book will be published at the end of November. Success awaits you.