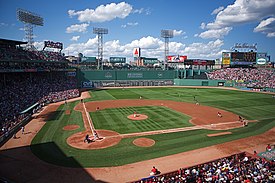 Those were the reasons I could think of although I know there are many other reasons why Fenway Park is America’s most beloved ballpark as well. If you want a beloved business, be unique and stay around.