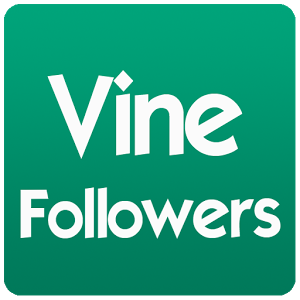 Are you utilizing the newest social network on the web to get more social media followers? Some people have not mastered the ability to record a video in 6 seconds. Others have gained millions of followers on multiple social networks because they have mastered the art of creating a 6-second video on Vine. Whether you know how to create a good 6-second video or not, the amount of followers you gain on Vine will have an impact on how popular you are on Vine.

If you have a big following, people will gravitate towards you and see what you are all about. The more popular you become on Vine, the more people will pay attention to your six-second videos. Before you thrive on Vine, you need to build the credibility and get the big following first. In order to grow your following on Vine, follow these 5 tips:

#1: Scroll down your home page and use Vine’s search to find and like vines. Liking vines is the best way to get more followers without following back. The more vines you like, the more people are going to follow back. However, not everyone will follow you because you like their vines. Be sure to like the vines of viners who are very likely to follow back. Also, don’t like every Vine in existence.

Only like the vines that are relevant to the vines that you either post now or plan on posting in the future. That way, you’ll be growing a targeted audience of people who will appreciate your content instead of a big number of people not interested in what you post.

#2: Find a popular viner in your niche and follow that person’s followers. When you do this, be sure to only follow the followers who are very likely to follow you back. As you get more follow backs, you will get more engagement for your 6-second videos. As you gain an audience and continue posting Vines that people love, your followers will share your Vines more often, thus allowing you to reach a larger audience.

Similarly to before, you must keep your niche in mind. If you follow one of those #FollowBack accounts, you will get a lot of Vine followers. However, these people will care more about the size of their audiences than your Vines.

Building a targeted audience will help you succeed and get more Vine followers because now that you have people who are genuinely interested in your Vines, you’ll get more engagement for each of your Vines. That results in more visibility in Vine’s search engine.

The most popular people on Vine are posting at least one vine every day. By posting frequently, you are more likely to get engagement for your vines. As the engagement for your vines increase, more people will hear about you and decide to follow you. The best part is that if you consistently post vines every day, the people in your audience will know when to check in for a new 6-second video.

The people who take massive action are those who get rewarded. If you are posting inconsistently, you risk being forgotten about.

There is a fine difference between a good 6-second video and a bad 6-second video. The vines that tend to get shared the most are funny vines. However, humor is not the only area of society that dominates Vine. You don’t need to have or show your sense of humor to dominate Vine. You can also create a quality Vine by displaying information or creating a list using index cards.

For some of my Vines where I provide social media advice, I’ll write each method on an index card and focus the camera on those index cards.

For other Vines, I talk in front of the camera and say a motivational thought. With just six seconds of my time, I am able to motivate thousands of people.

#5: Use your other social networks to spread the word.

By using the social networks you have already built a strong presence on to spread the word about your vines, you will attract more people from your existing audience to your 6-second vines. Your vines then get put in front of a larger audience that already appreciates what you do. Their added engagement will allow your vines to rank better on Vine’s search engine thus exposing your vine to more people.

If you do enough Vines in a given week, you can combine all of the Vines together into one YouTube video. Within that YouTube video, show your Vine username at the bottom of the video so your viewers know where to get more of your Vines.

Even though Vine’s 6-second videos make it very different from other social networks, the rules of getting more followers are similar. Getting the audience and interacting with that audience will lead to more followers and engagement on Vine.

Vine seems like a social network that is primarily for teenagers. It seems challenging to come up with a video for business in 6 seconds. Days after I started taking Vine seriously, I couldn’t stop using it. In fact, I am still using Vine to this day, and I will continue to use it.