The New Year has the potential to kickstart a year of productivity. Some people will have more productive years than others. The best way to stay productive is by staying out of the 365 mindset/trap. There are 365 days in an entire year, and it seems as if it will take a very long time before the next year comes along.

This is the trap that people fall into. January is a month of great productivity. Then, February is a less productive month, and all of the other months aren’t very productive either. This is because most people think that 365 days is more than enough time. In 365 days, many people think that they can accomplish all of their goals while going weeks or even months without doing any of the work needed to accomplish those goals.

This results in a year-end urgency because the end of the year is getting closer. In order to stay out of the 365 mindset/trap, challenge yourself to get more accomplished with a certain time limit. I give myself a 12 week limit to accomplish my goals. Less time results in me staying more productive. I have tripled my progress, and by doing that, I have more time to experiment with other marketing tactics, create more products such as Lead The Stampede, and relax.

The relaxation part comes after the work is done. By working intensively for 12 weeks, you will be able to relax for the entire 13th week. Imagine doing no work for an entire week. You will only be able to accomplish your goals and get an entire week off by thinking of 12 weeks as a year.

The New Year offers us all a clean slate. We get to start over again and write down a new list of goals. The past is just the past. The New Year quickly gave us a clean slate, but most people end up with an unclean slate before February ends. Most people give up on their New Year’s resolutions.

In order to stay strong with your New Year’s resolutions, you need a vision, the right mindset, purpose, and these kick starting ideas. The New Year offers us a sense of hope. This sense of hope is the motivation that will allow you to accomplish your goals.

The New Year is the time when motivation reaches its peak. In order to keep your motivation at its peak, you need to kickstart the New Year and stay motivated from the New Year to the last day of December. 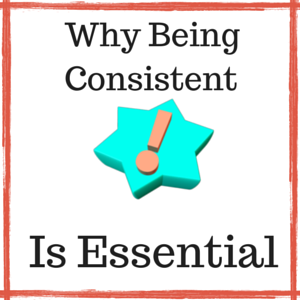 For starters, writing blog posts on a consistent basis will result in more traffic and more visibility from the search engines. If you always blog every day or every week at the same time, people will know when to look at your blog for a new post.

Consistency also help out a lot with social media. If you consistently tweet a lot on a consistent basis, more people will be able to see your tweets. If you are pinning on a daily basis, people will notice. You will see your repins and retweets increase.

By being consistent, people will pay attention to what you have to say. When people pay attention to you in the masses, you will grow a big following that will constantly grow as the days go by.

There are a lot of people who have many unrelated goals. The time these people spends accomplishing their goals gets scattered, and as a result, these people know a little bit about many things. In order to have a thriving business, you need to focus on one big goal.

When most people think about giving themselves goals, they give themselves the easiest goals imaginable. The goals may be, “writing 1 blog post every week that is only 100 words,” or something similar. While it is good that progress is being made, it is easily possible to make more progress. In order to make more progress, you need to set the bar higher.

When people think of setting the bar higher, they quickly think of reasons why the bar is already set as high as possible. There is no limit to how high any bar can be set. If a bar is set at 14.6 feet, know that it can also go to 15 feet. The bar can keep on going higher and higher.

Setting the bar high requires work on your part. After that work gets done, you will have the prize: a new record, incredible productivity, a big increase in traffic, a lot of sales for your new product, or something else.