However, people want the win too quickly. People think of the fame, the glory, and the rewards that go along with winning. If you beat the competitor, you’re the #1 guy or gal. The thought of #1 makes people set the bar too high. When the bar gets set too high, people become impatient and want to win faster.

Track runners run faster because they want to cross the finish line first. They push up their pace and end up being exhausted on the final lap. Then, everyone comes from behind and catches up. I’ve seen it happen to others and myself as well. Thinking about the fame, glory, and rewards makes us go out of control. We lose out on what could have happened because we were too focused on getting the win.

You can’t go from startup to thriving business with a sprint. Becoming successful is a marathon, and I’m sure you’ve heard that many times. However, some people think that they’re the exception, and they sprint the first mile of the marathon. The other 25 miles aren’t going to end very well.

Some people can’t fish. They are able to go on a boat and throw the line into the water. However, many people aren’t willing to wait that long for a fish to surface. It’s entirely possible that a fish doesn’t bite for hours. Fishing requires a lot of patience in order to get the win, but many people want the win as soon as they can get it.

The fame, glory, and rewards should motivate you to work harder. However, those thoughts should not motivate you to rush to a finish line that is all the way at the end of the rainbow. Persistence is powerful, and it will allow you to get to the other side of the rainbow where you will thrive.

The Tampa Bay Rays got the Dodgers with the hidden ball trick more than a week ago. Evan Longoria put the tag on Juan Uribe who took a small lead from third base.

So how did it work? How was the baseball able to be thrown from first base to third base without anyone on the Dodgers seeing it?

The first reason it worked was because when a batter gets out, the catcher throws to the third baseman who throws to another position player and so on. It’s a pattern that people can follow. After seeing the same thing happening so many times, that pattern was expected to always happen. We are creatures of habit.

Another reason the trick was executed perfectly was because it wasn’t obvious. The Rays players threw the baseball casually.

Finally, the umpire is the person who calls a person safe or out. Before Longoria applies the tag to Uribe, he makes sure the third base umpire sees the baseball in his glove. Then, he tags out Uribe who is called out by the umpire.

The Dodgers ended up winning that game 5-0, but the Rays pulled off quite the trick. Uribe and the Dodgers were able to laugh about it at the end of the game. 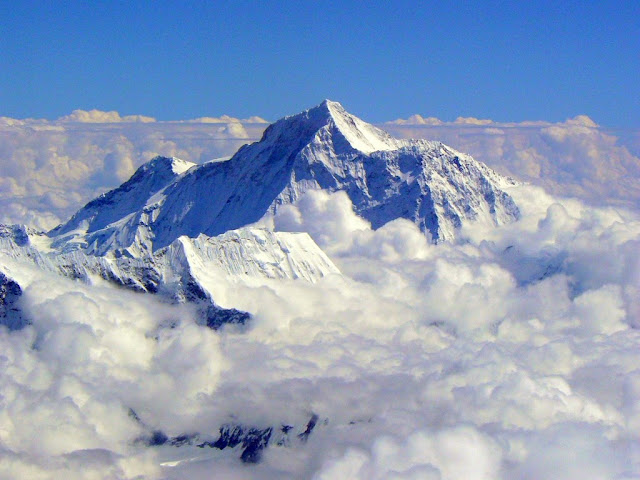 If there was a way to get on the peak of Mount Everest and back down in a day, more people would take the challenge on. Everyone would bundle up in all of their coats just for a day and nothing more. Then, they get to see the wonderful view.

There is no way to climb all the way up Mount Everest in 1 day. There are certain risks involved. Is climbing a mountain a necessary risk to take? Absolutely not, although people who actually climbed up Mount Everest may have a different opinion.

You don’t get to go on the top in 1 day. However, when you get to the top, it makes the wonderful view memorable.

Picking it up is not an option. A fork in the road represents two ways that you can go. Both represent uncertain futures, but you know why you went in that direction.

When you do get out of the forest, there will be a treasure chest waiting. Open it, and you will find valuables of all kinds. Success is harder to achieve than being a common person, but success is worth it.

Only 11% of bloggers use their blogs as their primary source of income. The other 89% are missing out on the secret. Here’s what they are missing:

It takes patience to go from an unknown to the next big thing. However, most people look at the word “patience” in a variety of wrong ways.

Many people think that a year separates them from making $0 a month to over $1,000 a month. It takes many years in order to achieve success. This is where people think they have been patient enough, but in reality, they give up before they can see their full potential.

Another problem with the word patient is that people think success is guaranteed within a certain amount of years. In 5 years, your blog will go from 0 visitors a day to thousands of visitors every day.

Is that possible? The answer is yes. However, people expect those results to happen whether or not they try to get more traffic such as increasing their blog’s SEO and taking other steps to increase traffic.

Patience is a virtue, but not everyone has it. We all need it, but not everyone gets it. Patience can be the difference between having a very successful business or working for a low wage. I have done a lot of Lego animations, and they require a lot of patience. A 30 second video could contain over 100 pictures. If you wanted to get a 5 minute Lego animation video, you would need thousands of photos. The photos are also hard to get since you have to move the Lego mini figure in a very slow process. If the mini figures are relocated, you will have to start all over again. On the other hand, these videos have been viewed millions of times on YouTube. We all need patience, but not everyone gets it. If you want to see your business succeed, you do need to have some patience in the beginning.