One of the most underrated but powerful ways to grow your business and get more sales is asking. There is no harm with asking. If you ask a blogger to promote your book, the worst thing that can happen is that the blogger says no. If the blogger says yes, then one more person is promoting your book. Your book gets a backlink and extra sales.

Asking can lead to better business opportunities. Every time someone sends a pitch to reporter’s query on HARO, they are asking if they fit the story. The worst thing that happens is that the reporter rejects the story. The best thing that can happen is that the reporter takes your story, asks you for more information, and then publishes your story. That’s how I got featured on the US News.

One of the people who I interviewed for Lead The Stampede was Dan Nainan, the world-renowned comedian. I knew I would include Dan in Lead The Stampede whether he followed me on Twitter or not, but I decided to ask him if he could follow me on Twitter. I worded my request in the right way (I was not begging), and he ended up following me. Dan has over 400,000 people and he only follows 40 people. I am one of those 40 people only because I decided to ask Dan if he would like to follow me on Twitter.

What are some of the things you can ask? Ask the questions that you are afraid to ask. By asking these kinds of questions, you are showing an interest in what you do and getting the desired result. If you can ask a question in a way that does not look like begging, you can get the result you want many times. 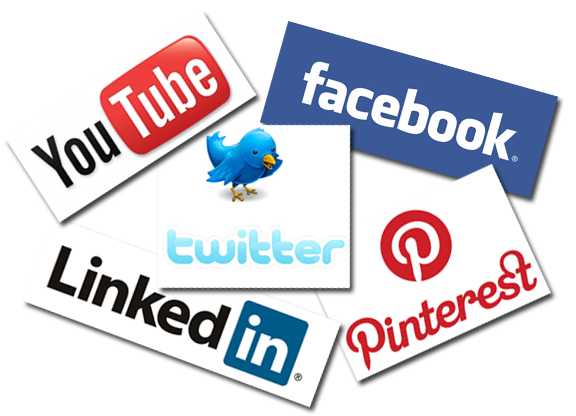 Those are some of the things you need to know so you can make the proper changes to the profiles of all of your social networks and other places where your reside on the web. Do you have any suggestions? Please share your thoughts and insights below.

Is it worth learning and mastering?

That was the question I asked myself when I decided to give HootSuite Pro a try. At first, HootSuite Pro’s bulk scheduler seemed just as confusing as a Google product. Here was the problem: When I tried to schedule a tweet for 7 pm, it ended up being scheduled for 7 am. I was unsuccessful at scheduling tweets in every pm time except for 12 pm.

This problem took over an hour to figure out. The main problem is that I went too far ahead without anticipating the problem. Regardless, the problem came, and I was presented with the option to quit and the question above. When I thought about the question, I realized that mastering HootSuite Pro would allow me to save a large amount of time. It takes me well over 4 hours to send out a week’s worth of tweets. With HootSuite Pro, I could do the same task in 15 minutes.

I was thinking to myself, “The time I save here would really add up. I could send out more HARO queries, write two 200+ page books every year, write twice as many blog posts every day, read more books, and work out longer.

In the end, I decided that it was worth it. I figured out that HootSuite Pro’s bulk schedule feature requires the use of military time (i.e. In order to get a tweet to be scheduled at 1 pm, you need to schedule the tweet for 13:00). Although it took me a day to rearrange pages and data, the problem was resolved, and now I save a big chunk of time because I gave HootSuite Pro a chance.

HootSuite’s bulk scheduler was something worth learning and mastering. It was an opportunity that I was not going to waste. If you’re like me, you use some of Google’s services and have no idea how half of them work. Adsense and broadcasted Google Hangouts are some of the services I have trouble with (I spent $15 to create a screen recorder for Google Hangouts so I can put those videos on YouTube). Chances are you are probably just like me or were just like me at one point. There are millions of people who have no idea how to use certain Google services or how certain features work. The worst part is that Google makes changes to many of its services every year. Someone who could host a Google Hangout in 2013 would have to relearn how to host a Google Hangout this year.

Let’s continue with my story of misfortune and hope that I am two for two. If you’re like me, you have watched videos or read articles on blogs to try to solve the problem. When seeing someone using the Google service that we cannot get to function, that person suddenly looks like one of those super humans chosen by the ancients or something cool like that.

While trying to find the fix for one of my Google services, I ended up reading 10 blog posts from the same blog dealing with this issue. I did not find the solution to the giant puzzle (trying to use a Google service that is not functioning properly). However, one blogger just got an extra visitor and 10 pageviews. Some people on YouTube got some extra views as well.

There are plenty of problems out there. If you are a solution to one of the problems that a large group of people have, numerous people will come to you to get the answer. 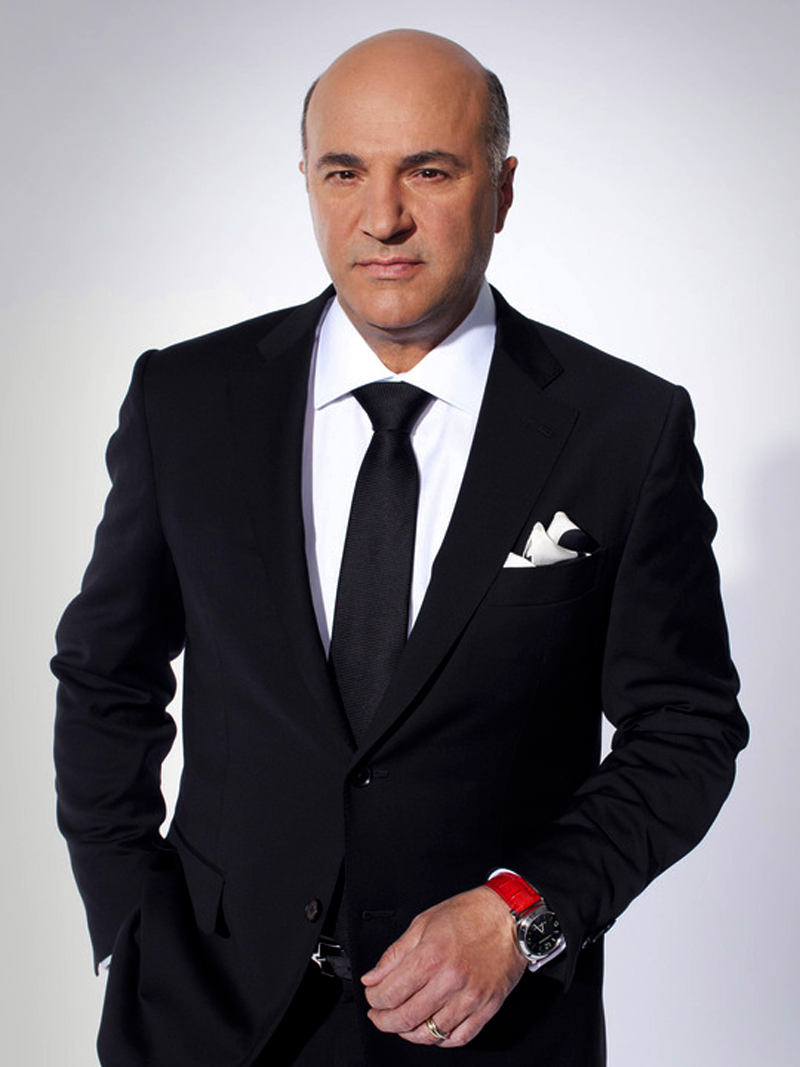 While browsing the web for a bit, I happened to stumble upon an article on Boston Magazine that had an interview with Kevin O’Leary. Most people know O’Leary as Mr. Wonderful, the guy who always sits in the middle seat on Shark Tank. During the interview, O’Leary was asked what would result in someone walking out of the tank with a deal. It turned out that O’Leary had been performing a little study about this. Here were his three findings:

With the rise of smartphones, multitasking has gone up. As multitasking goes up, attention spans go down. If you cannot convince someone in 90 seconds that you are important and that your product is good, you will lose that person’s attention. For many YouTube videos, most people stop watching after 10 seconds. The number of people who watch the entire YouTube video is minuscule compared to the number of people who actually viewed the video. This process works similar to a food chain where plants get the most energy (sunlight) and the animals on the top of the food chain get the least energy (because other animals got to use the energy from the plant first). In the beginning, everyone is eager to hear what you say. However, as you continue to talk, the energy level goes down. You need to “wow” the person you are talking to before their energy level hits zero.

After “wowing” someone, you have successfully talked the talk. Since the person’s energy level is higher, you want to keep that energy level high. In order to do that, you need to make sure that person sees you are a responsible person who walks the walk. Saying, “I will run 8 miles today,” and actually running the 8 miles are two different things. Metaphorically speaking, you want to be able to tell the person you are talking to that you will be able to run those 8 miles.

Now you have the person listening to you and absorbing everything that you say. The final part that seals the deal are your numbers. You could have a remarkable opportunity and be responsible, but it’s all fluff if you are getting 0 visitors on your blog, have no social media presence, and have a business going through financial decline. Not only do you need to have the numbers, but you need to have the numbers that click in the person’s mind. Since you gave a big boost to that person’s energy level, that person is able to show a greater appreciation towards your (good) numbers. The numbers offer tangible evidence in your ability to deliver what you say you will deliver.

Although getting on Shark Tank is very difficult, it is very easy to learn valuable lessons about business from the sharks themselves and while watching the show. What are your thoughts about Mr. Wonderful, his little study, and Shark Tank in general?

The free prize will do a good job at getting people to subscribe to your blog just like a Christmas present attracts attention. Once you get the visitor’s attention, and that visitor becomes the subscriber, they are opening the present you gave them. If the present you gave them (the free prize) is bad, the people who receive the free prize may decide to unsubscribe to your blog. If the present is a good one, the people who receive it are more likely to stick around.

When you create the free prize, you need to create a product that you could charge for. An empty box of cookies is technically a free prize, but it is not necessarily the free prize that consumers want. 30 second videos with bad content and lighting are not the things that people want. 30 minute videos with quality content and lighting are the things that people want. The 5 page report does not keep as many subscribers as the 50 page report. The more time and effort you put into creating the free prize, the more likely your subscribers will stick around and engage with your content.

The free prize is a simple, easy to implement concept with numerous benefits. Before I distributed the Pinterest Mastery Video Tutorial to my subscribers, I was stuck at 10 subscribers. Immediately when I introduced the free prize, I was getting subscribers every day. In addition, some of those subscribers leave comments on my blog posts to this day. Introduce the free prize to your visitors and see what the free prize can do for you.

If you have any thoughts about the free prize or any additional tips, please share them below.