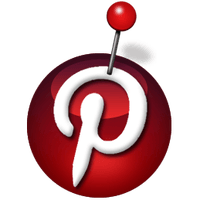 Another big reason why small businesses should start pinning on Pinterest is because Pinterest allows its users to categorize information based on boards. If you provide social media tips, you can create multiple boards that deal with specific social networks. You can have one board with Twitter tips, another board with Pinterest tips, and so on. Pinterest’s boards will allow you to expand your knowledge and give your followers specific content. Specific content will make it easier for your followers to find what they are looking for. Making it easy for your followers to find what they want to see will result in those followers coming back for more information. 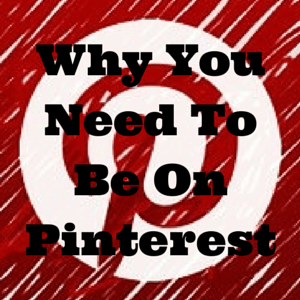 This blog post is not about whether you should consider Pinterest or why you might want to be on Pinterest. This blog post is about why you need to be on Pinterest. Pinterest is a social network that has grown faster than any other website on the web. What used to be an unknown website in 2010 is now getting over 60 million U.S. visitors every month. That’s less than 40 million U.S. visitors away from Twitter’s monthly totals.

In addition, getting viral on Pinterest is much easier than getting viral on other social networks. Less than 2% of all tweets on Twitter are retweets. Mathematically speaking, that means for every 100 tweets you send out, you will only get 2 retweets. Other social network share similar statistics. However, none of them compare to Pinterest where 80% of the pins on Pinterest are repins. Mathematically speaking yet again, for every 5 pins you send out, 4 of those pins are going to get repinned. That is a big difference.

There are many entrepreneurs who want to use Pinterest to increase their sales. Pinterest is a powerful social network/e-commerce site where the average customer spends more money than on any other social network. The average cost per order for both Facebook and Twitter are under $100 while Pinterest dwarfs both of them at an average of $169 per order. People on Pinterest like to spend money on things that they like, and if your product is something your followers desire, you will be more likely to boost your sales. 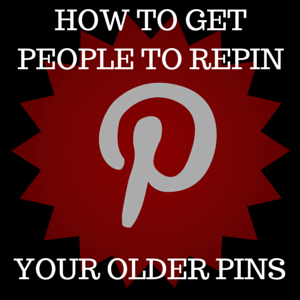 An important way to get more followers on Pinterest is to be an active user on Pinterest. However, as your activity increases, new pins will push your older pins towards the bottom of your boards. This results in less people seeing your older pins, and also, less repins. There is a way to solve this problem, and I am going to show you exactly how to do that.

The first thing you need to do is create irresistible boards. Quality boards are not enough in a world that couldn’t stress quality more than it already has. In order to get more repins for your older pins, your boards need to be about something that people will not want to leave. My most repinned boards are 3D Printed Creations and Inspirational Quotes. Since 3D Printing is the big innovation and inspirational quotes make people feel good about themselves, those are the two boards where my followers view my older pins. Some of my followers pin more than 100 pins on those two boards because these boards are irresistible. These two boards have exactly what my followers wanted to see.

Another way to get people to repin your older pins is by embedding pins on your blog. Even if you start off by pinning your new pins, those new pins are going to get old. A pin I sent out in November 2013 was at one point a new pin. Now it is an old pin, and just like this pin, all new pins will eventually become old. By embedding these pins on your blog, more people will be able to see the pins. When more people see your older pins, that will also result in more repins.

Create boards that are irresistible so your followers are scrolling down until they get to the end of the board. Write compelling blog posts with embedded pins that grab attention and lead your visitors to your irresistible boards. Once you do these two things, your older pins will get repinned more often.

For the most part, these limits seem to serve a good purpose. However, I am not pleased with the fact that there is a 200,000 pin limit. What are your thoughts about these limitations?

A very long time ago, I wrote Part 1. A little further back, I wrote Part 2. This is Part 3 which contains 5 more mistakes that you need to avoid on Pinterest. Although Pinterest is not the largest social network out there, it has grown at a rate faster than all of the other social networks. If you want to optimize on Pinterest’s constantly growing platform, avoid these 5 mistakes: 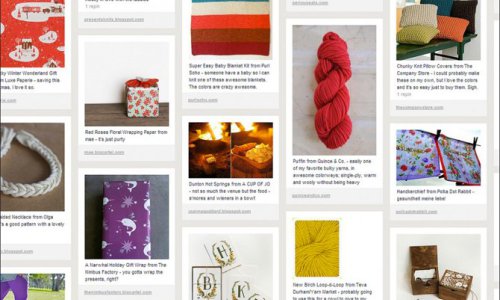 A popular board category is products where pinners show people the products that they like. Some of these boards generate plenty of likes, repins, and they lead to more followers as well. Having a board with a lot of products on it is a great strategy to tell your followers which products are effective and which products are not effectively.

While having the board with all of the products, you can also create boards to review individual products. Some of my boards review the books I have read such as Purple Cow. This board does a good job at reviewing an individual product versus having a giant list of products with brief summaries. Having both the giant list of products and reviews for those products will give your followers the information that they want.

That’s all it takes to create a quality board reviewing an individual product. This process will usually result in a board with 5-10 pins although some individual product reviews will need more than 10 pins to show all of the product’s features.